Labour : What Is To Be Done? 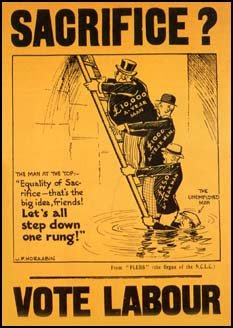 The next discussion meeting of the Dronfield Labour Party on September 13th will be an open debate with the above title.

Below I give my own contribution to this topic as a means of opening up the debate. It is, of course, my personal viewpoint and emerges from a democratic socialist perspective; although many fellow democratic socialists are likely to disagree with me.

To join in the debate via our comment box, you don't have to be a visitor to our discussion meetings. Contributions will be both worthwhile in their own right and as preparation for our eventual discussions.

1. Labour is heading for a drubbing at the General Election.

3. We, therefore, need to prepare our minds now for the dramatic situation which will emerge immediately after the General Election. Remembering that New Labour will still hold a firm majority of the remaining Labour seats.

4. In the meantime we should work via the Labour Party to try to limit the scope of the coming electoral defeat, so that democratic socialists have a base to work through for the future.

5. This requires democratic socialists to be inside the Labour Party, working to hold onto whatever they can of Labour's traditional working class support.

6. We need to press for feasible programmes which are directed to tackling unemployment, poverty and communal deprivation. This involves stressing the importance of matters which the Labour Government are already pursuing in these areas.

7. Whilst such an approach is both correct in moral and economic terms, it is also necessary in electoral terms to enable Labour to hold onto as many seats as possible. It is, therefore, a position which is also likely to have a short-term appeal to elements of New Labour.

8. The moral and economic relevance of such an approach will also have significance after the coming electoral defeat as New Labour will be on the back foot after the election, as its overall approach will be in tatters.

9. The development of further feasible proposals for democratic and social advance will be easier in the above circumstances.

10. Democratic socialists need to operate in the above ways or we will be subject to the following judgement which was made about our predecessors from the time of the 1931 slump - "Socialism explained the past and promised the future; it had nothing of consequence to offer the present". The fact that the quote comes from Robert Skidelsky, does not mean that it is an an incorrect assessment of what occurred. It is imperative that we do not repeat past failures. Although on the plus side, it must be remembered that it only took 14 years from Labour's collapse in 1931 for it to achieve the triumph of 1945 for the best Labour Government in our history. So perhaps I can look forward to my 87th birthday.
Posted by Harry Barnes at 1:45 PM 21 comments:

Gordon Brown at his best

It lasts 15 minutes and reveals an impressive Gordon Brown.
Posted by Blogger Brader at 5:51 PM No comments:

From Venezuela To Dronfield 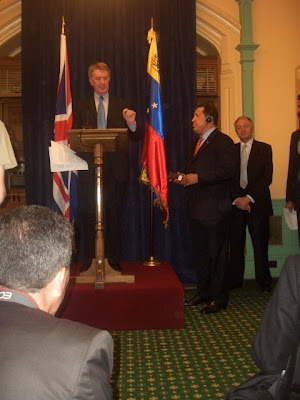 
At a packed discussion group meeting on Sunday, Colin Burgon the Labour MP for Elmet gave a talk on the impact of Neo-Liberalism on Venezuela and the socialist response to this under the Presidency of Hugo Chavez. This has led to public ownership in the oil industry, banking, the food industry and elsewhere. With resources being redistributed to the poor. Oil being the keystone to the Venezuelan economy.

Colin extended his analysis to relate to the impact of neo-liberalism on both politics throughout South America and our own experiences of it as initially shaped by Thatcherism.

His talk stimulated a particularly keen discussion which continued when we moved to socialising in the lounge bar of the Dronfield Contact Club. For further details on Colin's analysis see this speech that he made in the Commons in March.

After the first election of Chavez in 1999 a Military Coup temporarily removed him from office in 2002, but within 2 days his supporters re-established him back into the Presidential Palace without a shot being fired. Thanks to the presence of an Irish TV crew the events were filmed and appear on the DVD "The Revolution Will Not Be Televised". As Colin said this is highly dramatic, rather as if a film had been made of the storming of the Winter Palace in 1917 which led to the triumph of the Bolsheviks. Copies of the DVD can be obtained from here. 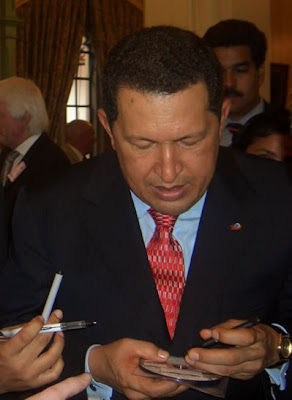 The extent to which Venezuela can be a model for reshaping democratic socialist objectives will depend to a large extent on how democratic its political system, its nationalised industries and the internal arrangements within its major political parties are - especially in the newly established and leading
United Socialist Party of Venezuela. It is a good sign as Colin pointed out that under the Constitution the President can be subject to a recall election by 10% of the voters and that the new Constitution is widely read and studied by Venezuela's working people.
Posted by Harry Barnes at 4:04 PM 1 comment:

The Dronfield Labour Party Discussion Group undertook some serious work on the issue of "Integrated Transport". The full published debate can be followed by linking into "labels" at the close of this item. It links to twelve threads which were posted on this blog.

Of relevance to our collective view is the finding of this current survey which shows that there is majority support amongst the public for the full nationalisation of the railways.

The Government should feel free to plagiarize our ideas.
Posted by Harry Barnes at 11:34 AM No comments:

The third largest bank in Venezuela has just been nationalised. This further extends their programme of nationalisation, which in the past two years has seen telecommunications, electricity, steel and other companies being placed under public ownership. The latest development is covered here in today's Morning Star (4 July). 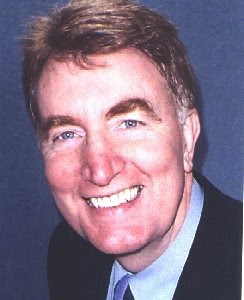 Colin Burgon (right), the Labour MP for Elmet will introduce a discussion into such developments at our next meeting on 12 July. For details and further links, see our right hand column.
Posted by Harry Barnes at 4:11 PM No comments: